Manufacturers don't like drama and Indian rupee is offering plenty

From Drew Greenblatt's latest column on Inc.com about the impact of the Indian rupee's volatility on U.S. manufacturing: 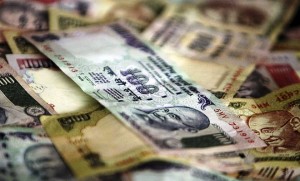 The Indian rupee recently posted the largest single-day drop in 18 years, and some observers wonder if this will become an opportunity for western companies to purchase goods from India and other developing countries at a bargain price. Who doesn’t like a good deal, right?

That would be naïve. You can’t plan or negotiate contracts based on volatility. Our clients are in industries as diverse as telecommunications, health care, automotive and aerospace and they want tight quality, speed, on-time shipments, not drama. Chasing the worst-performing currency in a major emerging market -- which also happens to be the world's second-most populous nation and Asia's third-biggest economy -- has more downside than up. On Wednesday, the currency rebounded after a suspected government intervention, although unpredictability remained potent.

Responsible supply chain experts seek long-term relationships for a stable production of product. Countries ravaged by financial crisis, political disruption, strikes, war, terrorism or new political systems reduce the likelihood of uniform and steady flow. Components bought from India are usually a small percentage of the overall value of a finished part. Taking a chance on a small component to lose any opportunity to ship on time to a key account is not a good gambit.

The rupee’s plunge this summer underscores the safer haven of American-based manufacturing -- a message that proponents of American manufacturing have sought to emphasize. Some major global companies, including Wal-Mart, have recently scaled back or delayed plans in India. Manufacturers in India are also paying more for components they bring into the country for their operation. But a weaker rupee does lower the cost of Indian exports for buyers abroad and any cost advantage shift toward a major player in the global economy is a potential concern.

Harry C. Moser is an expert on reshoring -- that is, the return of manufacturing production to America after a decade of outsourcing to emerging nations with cheap-labor. He doesn’t foresee the rupee’s decline triggering a rush to take advantage of low costs there. After all, India, whose global impact and training focus has been more significant in information technology than manufacturing, only has about 5 percent of U.S. offshore sourcing, compared with about 60 percent in China.

“The dramatic reduction in the Rupee’s value, especially if ongoing, positions India to try to duplicate the Chinese export miracle, making its exports more competitive around the world,” Moser, founder and president of the Reshoring Initiative, wrote in an email. "Since the U.S. has the largest trade deficit, we bear the greatest risk. The U.S. has made a good start on increasing reshoring and reducing offshoring with the ratio between the annual increases in the two trends going from about 50:1 around 2005 to almost 1:1 now. India’s devaluation has the potential to impact the progress we have made."

Chris Moore, senior director for international business policy for the National Association of Manufacturers (I serve on the board), said India's obstacles in courting U.S. manufacturers range from transportation, infrastructure, and logistical deficiencies to high tariffs and forced localization policies. Even India, in its 2011 manufacturing policy, acknowledged its weak track record of building and attracting a manufacturing base. Manufacturing makes up about 15 percent of India’s economy, roughly consistent since 1980 and roughly half that of comparable Asian economies.

"They have done everything they could to tell the rest of the world it’s a bad place to manufacture,” Moore said. “And as far as exporting to India, (the rupee drop) is only like the 150th barrier" for companies to surmount.

At Marlin Steel, we ship industrial steel wire baskets to 36 countries. Our clients want us to operate in a "drama-free zone." They certainly would not be getting that in India right now.