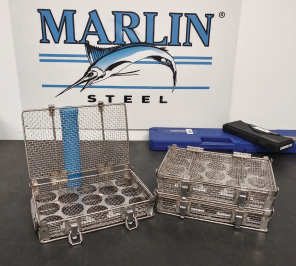 Preventing product contamination is one of the primary – if not the foremost – objective in the pharmaceutical manufacturing process. The pharma industry relies extensively on the use of stainless steel throughout the process – from creating and storing ultra-pure water, to preparing individual components and to the tanks where the product ingredients are mixed. Stainless steel is used for its resistance to chemical reaction as much as its ease of cleaning.  But, it’s easy to forget that even something that appears as immutable and unchanging as stainless steel needs regular care and upkeep that literally is deeper than mere surface appearance.

When discussing passivation, it is important to realize that stainless steel is not uniform throughout its structure. The vessel, fitting or other part is made of an alloy of Iron, Chromium and Nickel. On the surface, the chromium bonds with the atmospheric oxygen to make chromium oxide (Cr2O3) which is chemically-inert, or “passive”. However, at the same time, the surface iron will also oxidize, creating iron oxide (Fe2O3) which we know as rust. And that rust will continue to expand from the surface of the metal, eventually destroying it. For that reason, stainless steel is chemically passivated to remove the surface iron creating a chromium-rich passive layer which is a more corrosion resistant layer than would occur naturally.

As mentioned above, one of stainless steel’s qualities is its ease of cleaning. However, the cleaning process itself can create hazards that can impact its future performance. The passive layer is only a few Angstroms (or molecular levels) in thickness and can be damaged by harsh chemical cleaners. Additionally, it is really susceptible to mechanical damage, whether by abrasive cleaners or by the tools used in the cleaning itself. Further damage can result from the impact and movement of dry components within the vessel or piping itself to abrade the chromium oxide, removing or weakening it. 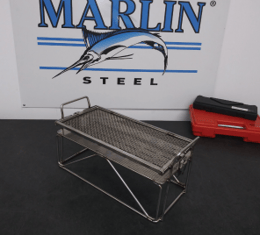 Another effect of the chemical passivation treatment, besides removing contamination, is that it also renews and improves the chromium oxide layer, thus increasing the steel’s resistance to corrosion. Going beyond surface iron, the stainless steel alloy itself is also a source of corrosion risk. Over time, metallic ions – including iron – will migrate through the voids between the crystals within the metal. Eventually, iron can pass from the bulk alloy, through the middle, nickel-rich transition layer to emerge in the passive layer, thus creating renewed opportunity for iron oxide to form. Regular passivation treatments remove those iron atoms before they can cause damage.

Unlike the chrome and chromium oxide, iron is very chemically reactive and may combine with the water or other ingredients to produce unwanted compounds that can reduce the product’s efficacy if not ruin it completely.  Additionally, passivation not only removes any free iron present, the solution also binds (chelates) with other contaminants, allowing them to be removed with the passivating solution and flushed out of the system. 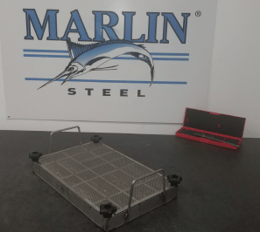 By renewing the chemically passive layer through a regular schedule of passivation treatment, the need for a total system shut down to clean and restore the stainless steel components is reduced, thus increasing the time between such intervals. This extends to the importance of beginning regular passivation treatments immediately before commissioning a new vessel or system because passivation will remove any debris left over from the construction process itself.

Beyond extending the time between the essential, but costly, planned system maintenance intervals, regular passivation helps reduce the risk of unplanned system shutdowns. By reducing the risk of contamination from the system itself, passivation simultaneously reduces the risk that an entire production lot will be lost due to such contamination. The resulting costs in lost material are often equaled by the unplanned expense of taking the system off-line in terms of re-scheduling and other logistical considerations. Add to that the expense involved in locating and remediating the contamination source, with the attendant cleaning before putting the system back into service, then the “additional” cost of regular passivation is an investment worth making. 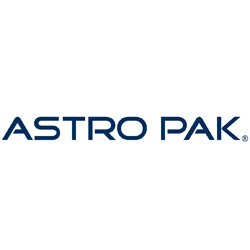 Astro Pak has been the leading provider of passivation, high purity, and precision cleaning services in North America since 1959. Astro Pak meets the critical cleaning and surface conditioning requirements for a myriad of industries such as biopharmaceutical and aerospace via our on-site services, as well as our state-of-the-art cleanroom and shop facilities.