Our New Deal: A Steel Wire Basket Fit for a Presidential Library 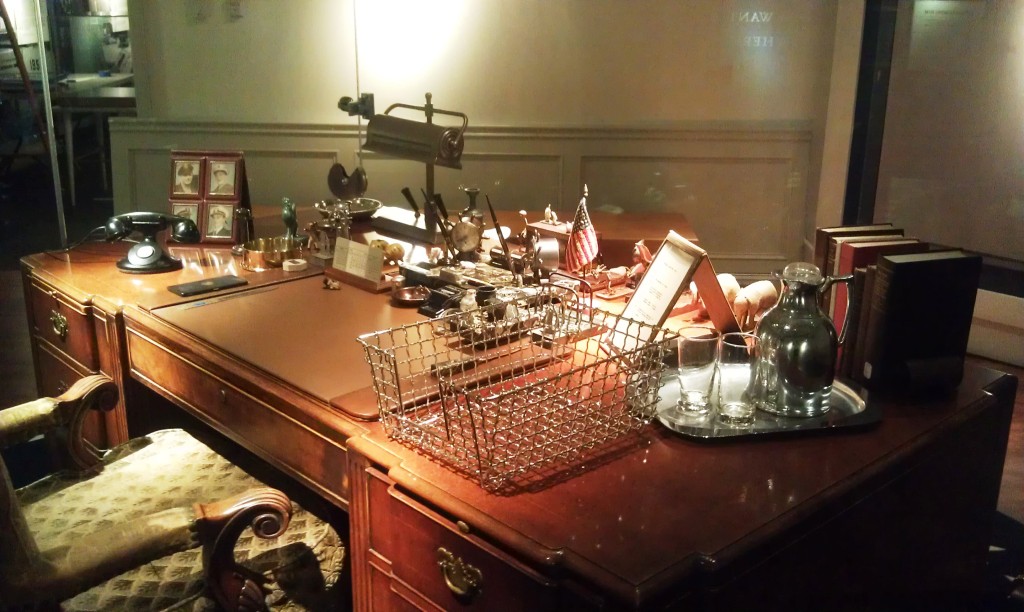 Still, it’s uncommon we get asked to produce a replica item for a presidential desk. 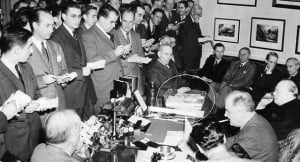 Explus Inc., a Northern Virginia maker of custom museum displays, sought us out this spring to reproduce a wire basket like one that was a fixture on the desk of President Franklin D. Roosevelt in his study in Hyde Park, N.Y. The basket held stacks of working documents and was ubiquitous in photographs of FDR entertaining visitors, from the British Prime Minister Winston Churchill to the traveling White House press corps.

The display of FDR’s office is part of the first major renovation of the Franklin D. Roosevelt Presidential Library and Museum since the site opened to the public in 1941. The landmark is the country’s first presidential library and the only one used by a sitting president (who 69 years ago today agreed that he would accept a nomination to an unprecedented fourth term.) The museum renovations began in late 2011 and included new roofing, interior systems and increased exhibition space. 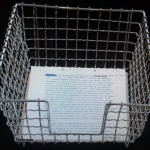 Ken Edmonston, a project manager for Explus, said the museum first combed eBay to find a basket similar to FDR’s, but nothing precisely matched the 32nd president’s version. The wire basket was fairly deep with a large U-shaped well at one end.

Wes Chan, an engineer at Marlin Steel, said that while the object seemed routine, recreating it raised several challenges -- and a bit of detective work. The dimensions were unknown, but appeared larger than 8½ by 11 inches given that the stack of papers in most of the archival photographs appeared to have some space around them. The steel looked less shiny than other metal objects in the photos, so it might have been nickel-plated or brushed.

The other trick was making something appear old and worn despite being made new with precise, modern techniques. The client and engineers settled on a “knuckling” process in which wires were wrapped in a “teardrop” bend over the top of the frame by hand with a rig -- sort of a back-to-the-future procedure.

“Usually our jobs are about form and function,” Wes said, “but in this case, the form was the function.”

From the photos, the FDR desk itself seems a window into a less air-brushed era: It held plenty of paper in a pre-digital age, the ashtray always appeared full and a spaghetti tangle of exposed phone wires covered part of the top.

Replica basket holds a message to Churchill, like it did on FDR's last day in office.

Both the basket and FDR’s lamp had to be custom made for the 1940s exhibit recreation that opened a few weeks ago to the general public and to rave reviews.

We didn’t make the lamp, but until recently we hadn’t made a presidential artifact either. When it comes to material handling challenges, the only thing we have to fear is fear itself. 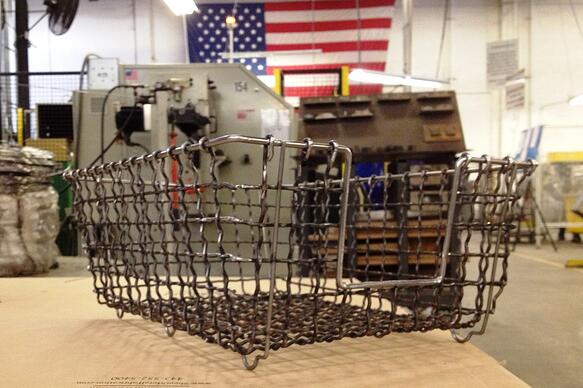