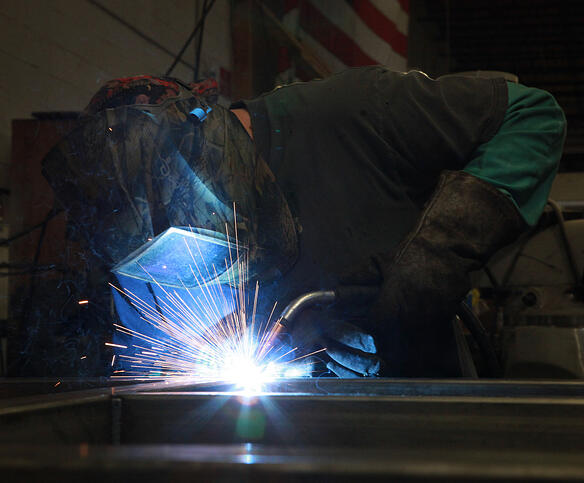 Here's a recent article by Marlin Steel President Drew Greenblatt in the Baltimore Business Journal on why manufacturing's important for America. It was written for a supplement produced by the Regional Manufacturing Institute of Maryland (RMI) titled "Advancing the Cause for Manufacturing":

When the Regional Manufacturing Institute of Maryland (RMI) was established in 1990, it was ahead of its time. Manufacturing was about to feel seismic changes that were only beginning to stir: the high-tech revolution, the emergence of third-world competitors and a much more interconnected, global marketplace.

In 1998, I bought Marlin Steel, then the largest maker of steel wire baskets for bagel shops. A few years later, new factories in China, aided by subsidized raw material, dumped wire baskets in the U.S. market cheaper than I could buy the steel. We were nearly put out of business before we eventually pivoted to a much more demanding and promising niche: designing steel wire and sheet metal solutions for material handling in automotive, defense, pharmaceuticals and many other industries. With skilled engineers and the latest automation, we now build containers whose dimensions are measured in the width of a piece of paper, or less -– more pinpoint precision than a bagel basket ever required. And our opportunities, like our competitors, are all around the world.

Manufacturing is not America’s past, nor Maryland’s past. It’s our present and future. It was -- and still is -- one of the best ways to strengthen our middle class. It employs 12 million Americans directly and supports 17 million American jobs overall.

It’s not grunt work. The average manufacturing worker in the U.S. in 2011 earned $77,000, including benefits -- or $17,000 more a year than the average in all industries. Manufacturing isn’t concentrated just in big cities or small towns. It is everywhere, producing $1.8 trillion of value, or 12 percent of the country’s Gross Domestic Product.

It is not lacking for opportunity. In fact, 600,000 jobs go unfilled yearly because manufacturers can’t find workers with the right technical skills. And at $1.48 added to the economy for every $1 spent, manufacturing has the highest multiplier of any sector of the economy. Moreover, every direct manufacturing job has a multiplier ratio of 4 to 1.

Employers across the U.S., especially manufacturers, face uncertainty that stifles economic growth and discourages hiring. Our competitors in Europe, Asia and Latin America aggressively seek new customers, markets and opportunity. Countries know that a strong manufacturing sector is a key to jobs, innovation and prosperity. In his State of the Union address, the President said we should make America a “magnet for new jobs and manufacturing.” Indeed, government policies should bolster, not burden, our global competitiveness.

Drew Greenblatt is president of Marlin Steel Wire Products, a manufacturing of steel wire and sheet metal material handling containers, in Baltimore. He is an executive board member of the National Association of Manufacturers and board chairman of the Regional Manufacturing Institute (RMI) of Maryland. 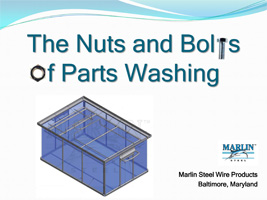