American manufacturing is halfway to goal of doubling exports 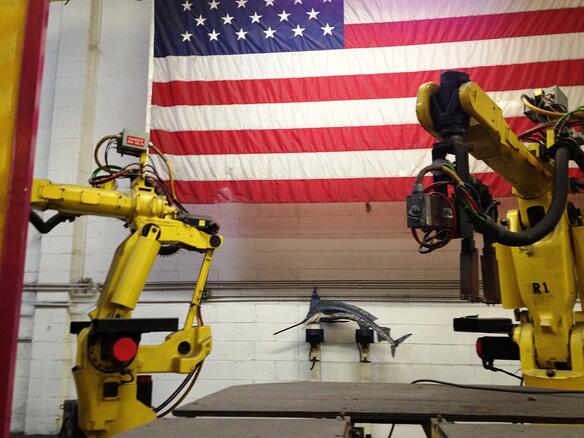 Interesting story from the Associated Press about the U.S. being on target with the five-year goal President Obama set in January 2010 to double American exports by the start of 2015. Experts doubt the goal will be met in two years but there are five big reasons for optimism about "insourcing" for American manufacturing after a decade of "outsourcing" production elsewhere.

"Some of the headwinds we faced last year have started to improve," Chad Moutay, chief economist for the National Association of Manufacturers, as quoted as saying by the AP. "And I think energy is a game-changer. We definitely have increased the competitiveness of U.S. manufacturing."