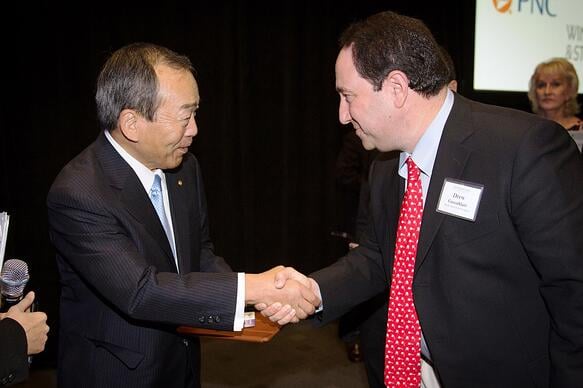 From Drew Greenblatt’s latest column on Inc.com on wisdom from the "father of the Prius":

I had the honor Monday of thanking Takeshi Uchiyamada, chairman of the board of Toyota Motor Corp. and the '"father of the Prius," for all the business that his company has given to my wire basket and sheet metal fabrication plant over the years.

Uchiyamada is not any business leader. He is chairman of one of the world's largest automakers. Toyota employs more than 300,000 people worldwide and more than 30,000 in the U.S. at 10 domestic plants; Marlin Steel supplies four of them. Mr. Uchiyamada -- the creator of the Prius, the powerhouse hybrid electric car of which more than 3 million have been sold -- has earned himself a seat at the pantheon of great business leaders of our era. He shared some powerful insights before a small audience at the Economic Club of Washington D.C.

My operation is a lot smaller than his, clearly -- and probably so is yours. But the lessons he shared could help anyone grow his or her business, no matter the size, in challenging times.

He credited three factors for Toyota's ascent over the formidable General Motors and Ford juggernauts in the 1970s and 1980s:

The first two factors are clearly universal to all businesses. Luck is no small thing. It sounds like a passive concept, but I believe we must make our own luck as we grow our companies through hard work. We must also continually listen to clients and respond to their wishes to propel our companies to greater success. Are you carefully listening to clients? And then responding?

But what about TPS? Yes, it’s a manufacturing system, one that’s much emulated. But that’s not all it is. At its core, the template is about never being satisfied with the status quo. It is about striving for improved client satisfaction through relentless pursuit of better quality and price points. Your competition cannot touch you because of your amazing productivity and low-cost structure. And that’s not limited to the auto sector or to manufacturing. Are you pushing your team to constantly improve on important metrics?

Indeed, Mr. Uchiyamada heaped some unexpected praise on one of his competitors. When asked what car he would buy if he could buy any fantasy car, his answer surprised: the BMW 5 Series. He wasted no time, however, in noting that his son's purchase of a European car ended badly, and that he wisely and happily switched to a Toyota after the failed experiment.

The audience at the Economic Club, having already lapped up the wisdom of a giant, roared. 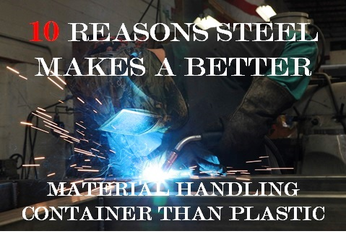 Click the image to download a free white paper on the benefits of steel for material handling.