Drew Greenblatt to Provide Expert Testimony to the U.S. Senate 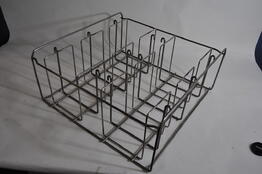 On May 13, 2014, Marlin Steel president Drew Greenblatt will appear before the U.S. Senate Judiciary Committee’s Subcommittee on Crime and Terrorism, to prove expert testimony to the Senate on the effects of corporate espionage and trade secret theft on American businesses.

The subject of IP theft and software piracy is one that is of great concern to all business owners in America, not just Drew. When a competitor steals a company’s trade secrets that took decades to develop, that company loses its unique competitive edge. (You can read the full testimony here).

As a member of the National Association of Manufacturers’ (NAM) Board of Directors and Executive Committee, and the co-founder of the National Alliance for Jobs and Innovation (NAJI), Drew has considerable experience in working to protect businesses both large and small from the damage that can be caused by criminals who steal other companies’ intellectual properties rather than develop their own. It is because of Drew’s experience in fighting corporate espionage and theft that he is being called on to provide expert testimony before the Senate’s subcommittee.

The Importance of Keeping a Trade Secret

Small businesses are particularly reliant on trade secrets to protect their innovations, mainly because filing for, and then enforcing, a patent can be incredibly difficult and expensive. For Marlin Steel, our own company, our trade secrets are our IP. We use the expertise of our staff to manufacture custom-designed products to meet exacting design and performance needs using proprietary processes. Without these processes, Marlin Steel would not be the company that it is today.

The head of the NSA and U.S. Cyber Command places the damages to American companies caused by the theft of IP at roughly $250 billion each year. This is largely because we live in a world where information is easier to distribute than ever before. In the decades prior to the internet, the theft of corporate secrets was limited by how much paperwork a thief, usually an employee, could sneak out of the office. Not only that, but the thief actually had to track down a buyer, which meant finding a local competitor who wanted the information on offer.

Nowadays, hundreds of thousands of pages worth of trade secrets can fit into a thumb drive. Worse yet, if the company doesn’t have a protected, closed system, hackers can infiltrate a company’s network and steal everything kept on any one of the company’s networked computers. Also, the transmission of secrets, once stolen, is easier than before. Instead of having to physically move a pile of paperwork from point A to point B, the thief can send the information to practically anyone in the world in an instant with a few simple clicks of the mouse.

One of the most disconcerting possibilities is that viruses brought into a company’s system can cause safety hazards for manufacturers with computer-controlled automated equipment, such as Marlin Steel’s own laser and robots that handle the majority of the physical labor. Not only can such sabotage ruin a production run, errant machinery can cause harm to workers on the production floor, which is something that Marlin Steel is dedicated to avoiding.

Marlin Steel has invested in improved network security to harden our systems against the possibility of intrusion. By doing so, not only does Marlin Steel protect the company’s trade secrets, we protect our employees.

However, there is only so much that any one company can do by themselves. Congress and the Administration also have all-important roles in ensuring that America’s laws and policies, and the enforcement thereof, are able to meet the threats of today’s modern, connected world.

Thankfully, the White House, Congress, and the Justice Department are heeding the warnings of businesses across the country and taking steps to combat the threat of foreign IP theft and corporate espionage. The FBI has stepped up criminal enforcement of trade secret theft, Congress passed the Foreign and Economic Espionage Penalty Enforcement Act, and the White House organized a strategy to mitigate theft.

Yet more still needs to be done.

In his testimony before the Senate Subcommittee, Drew will address some of the additional steps that need to be taken to protect business from corporate espionage and theft. By raising awareness of the problem, American companies can protect their businesses from espionage. This will, in turn, allow our businesses to continue to grow and employ more people.

Join Drew Greenblatt and NAJI to help increase awareness of the problem of corporate espionage today and trade secret theft today. You can do sign up on the NAJI.ORG website to help keep America safer.