Roughly one-tenth of the Gross Domestic Product in the United States comes from products exported elsewhere. In Canada and England, more than a quarter of GDP comes from exports. Germany is at more than 40 percent. If the U.S. could double exports -- even approach the Canadian and British levels -- the jobless part of the jobless recovery would be solved.

So why are we at the level we’re at? One reason is intimidation: It’s easier for a small or mid-sized business to sell to Denver instead of Denmark, to Philly instead of to the Philippines Customs, language translation, currency exchange, uneven protection for intellectual property -- there are numerous reasons that businesses ask, “Why bother?”

The best answer: There’s a big, growing world of customers beyond the U.S. borders. Marlin Steel, for instance, has had revenue growth seven years in a row, as high as 25 percent, and it was not because the steel wire basket business in America was growing at a 25-percent clip. Marlin now makes one-quarter of its revenue by selling steel wire products to 36 countries. We actively sought orders for stainless steel baskets and steel wire containers formerly being made overseas. 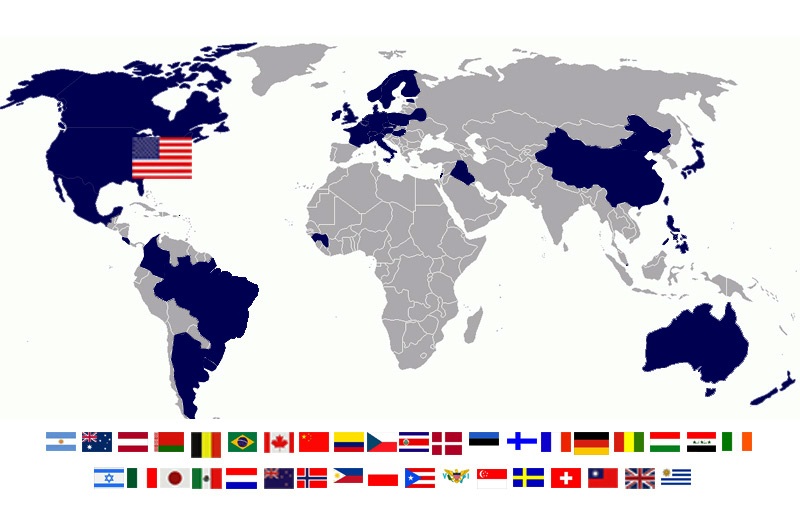 Several government programs help American companies gain a foothold in the global marketplace. One being introduced in Maryland this month is called ExporTech. The program is organized by several government agencies and business groups including the Export Assistance Centers of the U.S. Commercial Service of the Department of Commerce; the Manufacturing Extension Partnership; District Export Councils; State Trade Offices; the Export-Import Bank and the Small Business Administration.

Exportech offers workshops to help roughly six to eight companies develop export plans during a three-month period. About 415 companies in 25 states have used the program. Participants are typically at the level of chief executive officers or company vice presidents with overall responsibility to lead international growth.

"We get them to the stage of export readiness. We connect them with our U.S. Commerce offices overseas, and the "Gold Key" Matching Service where they'll meet potential customers who are pre-qualified by the embassies. The Gold Key success rate is probably 85 to 90 percent," said Martin C. Herbst, a senior international trade specialist with the U.S. Export Assistance Center in Baltimore, part of the U.S. Dept. of Commerce.

"If you look at global wealth, you're seeing a migration from North America and Europe over to Asia and with that migration you're seeing the rapid development of a large middle class. They have money to buy things and they want quality," said Herbst, who believes a cultural divide has isolated American business from being more active in export trade.

"It's not uncommon to find executives who don’t have passports," he said. "You have to have executive buy-in. You have to accept there is going to be a market-entry fee, that things don’t move at the same pace, that you may have to make pricing and packaging adjustments such as putting directions in a foreign language or converting to metric measurement. The return-on-investment horizon might be three years or more."

More than 7,000 Maryland companies have already joined Marlin Steel in the export market. But Maryland overall lags behind many states, according to Census Bureau figures. Its 10-percent increase in export value from 2009 to 2010 was half the growth rate for the U.S. overall for export trade. And Maryland's roughly $10 billion in overall trade value lagged behind 28 states.

The Maryland, District Export Council is offering the next ExporTech program on February 28, April 4 and May 2 at the McGladrey Offices in the Legg Mason Building, 100 International Drive, Suite 1400, Baltimore. The cost is $700 per business. Organizers say state and federal programs support much of the actual total cost of $4,000 per company to spur economic development, export trade and job growth. For more information, contact Jolanta Coffey at 410-962-4578 or at Jolanta.Coffey@trade.gov