How to build a better manufacturing workforce

Marlin Steel President Drew Greenblatt will discuss how Marlin transformed its workplace at the Next Generation Manufacturing Summit/North America in Colorado this week. The program introduction for his talk on "The Changing Manufacturing Workforce" strikes a cautionary note:

"Our industry is at an inflection point: manufacturing talent is so thin and the blend of skills required for managing this rapidly evolving environment is so great that the challenge is outpacing the industry’s abilities to attract, enhance and retain the next generation of manufacturing workers. Although rigorous talent models have been defined at the corporate level for supply chain and back-office roles, defining the skill sets for the factory workforce has been reactionary, at best. It’s not just operator and craft skills that are in play. A leadership void must be filled too. The issue is not solely confined to Western mature markets, either. Developing markets bring similar manufacturing talent challenges, and retention is even harder because of the high demand for skilled labor."

Greenblatt has a more positive response. He will discuss programs instituted at Marlin Steel that have helped create an entreprenurial culture. During the past 10 years, Marlin’s revenue has grown six-fold as it shifted the clientele for its steel wire baskets from bagel bakeries to multinationals in aerospace, pharmaceuticals, medical, automobile manufacturing and telecommunications. The company is producing baskets 25 times faster than it once did, yet has gone 1,600 days without an accident on the factory floor. Production employees, who made $6 an hour when he bought the company in 1999, now receive performance bonuses that exceed the entire paychecks of peer employees at Marlin’s competitors.

"I believe that American manufacturing could and should enjoy a reawakening. It won’t be what it was 40 years ago when one in four U.S. workers were employed in manufacturing. (It’s about one in 10 now.) But the storyline that America can’t or doesn’t make anything anymore is false. The U.S. will produce about a fifth of the world's manufactured products this year, pretty much the same share as it has for 40 years. Technology has propelled great efficiencies on the assembly line. It’s been hard for us to celebrate massive gains in productivity because of all the pain, especially in the heartland, of shuttered factories and depressed communities. But we haven’t lost our skill as a manufacturer for the world. We just have to become more innovative about how we compete.

"Bethlehem Steel was once the largest employer in Baltimore and the largest steel mill in the world. The mill once sprawled four miles long (about the distance it is from our factory.) It's closed now and I feel for the workers that remained. By contrast, Nucor steel in North Carolina has remained successful. It doesn’t have the corporate dining room with the corporate china like Bethlehem once did. I read where Nucor’s theory is 'hire five guys, pay them like eight, work them like 10.'
"It may sound crazy, but when I read about five-eight-ten, I was thrilled to hear it because we’re doing similar stuff. We’re paying very outsized bonuses if certain production goals are met every two weeks and because of that, we have these mini-entrepreneurs. It's not a general bonus. It goes to any "cell" that meets its specified goals, posted on a spreadsheet in the lunch room for all to see, whether production or shipping. My crew is out to slay. They’re not a conventional blue-collar worker who is disenfranchised. My guys are hungry for jobs. Many other companies have twice as many people doing the same amount of work that we’re doing. I know that some people would look at our bonus system and say, “Drew, you’re wildly overpaying them.” But my people are so dedicated, so quality-oriented, so hungry, it’s a win-win. If you pay more, you can demand more." 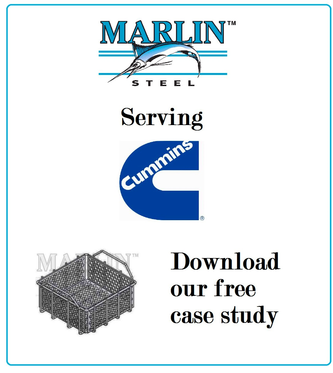