How U.S. Manufacturers can Fight IP Theft by overseas Competitors

How much is an original idea worth to your company? Every U.S. manufacturer knows the cost of researching and developing brand-defining intellectual property (IP). Whether that IP is a custom basket design, a software program, a patented process, or something else, the IP that your company develops represents your own unique offering to the world.

Your IP is how your company differentiates itself from the competition, and represents a significant business advantage. When foreign competitors steal your IP, they are undermining your ability to compete on the free market. This hurts your bottom line, and as such, your ability to grow your company, add new jobs for Americans, and ensure your company’s financial stability.

In fact, the theft of IPs belonging to American companies was the subject of a recent Inc.com post by columnist Drew Greenblatt. However, rather than simply decry the harm that IP theft can do to businesses, this post also detailed how American companies can fight back against IP theft.

Here are a couple of things that can help your company stop foreign competitors from gaining an unfair competitive advantage against you by stealing your intellectual property: 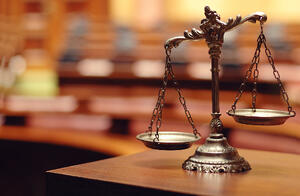 In recent years, state Attorney Generals have begun to take action against foreign companies who steal IPs from U.S.-based companies.

These Attorney Generals are using their respective states’ consumer protection statutes to protect the manufacturers operating in their states and take action against IP thieves. In most states of the U.S., there are laws that prohibit unfair business practices such as IP theft that allow AGs to request a ban of shipments of products produced using stolen IP to prevent such products from entering their state. As reported in the Inc.com post, this is “a sledge-hammer against thieving overseas manufacturers which need to sell to the hugely profitable USA market.”

Because state Attorney Generals are now more aware of the problem, and are taking measures to confront it, American manufacturers are having an easier time addressing the theft of their IP by foreign competitors.

Beyond newfound interest from state Attorney Generals, there are also manufacturing and business advocacy groups that work to ensure that cheaters don’t prosper from acts of IP theft.

For example, the National Alliance for Jobs and Innovation (NAJI), is the first trade association dedicated to addressing the impact of IP theft on American manufacturers. As an organization, NAJI can help manufacturers such as your company at no cost to:

This kind of help can be invaluable in getting the legal system to take notice of IP theft and enact measures to hinder IP thieves from illicitly benefiting from the hard-earned fruits of your company’s labor.

To date, NAJI has presented more than a half-dozen cases of foreign IP theft to Attorney Generals here in the U.S., but this is only the beginning.

When Can NAJI be of Help?

As stated in the Inc.com post, NAJI can help your company force IP thieves to cease and desist their activities if your case meets the following criteria:

By “harm to your company,” NAJI means that the competitor’s illicit use of stolen IP is causing your company to lose revenue, eliminate jobs, or not be able to add jobs. Gathering evidence of the above is an important step in proving that IP theft has caused significant damage to your business and winning an injunction against foreign IP thieves.

Past Successes against Foreign IP Thieves 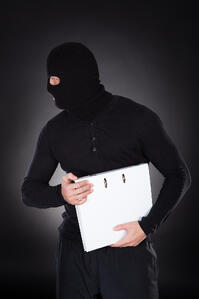 As a manufacturing company, Marlin Steel is no stranger to the effect that IP thieves can have on business. In 2011, it was discovered that Marlin Steel’s IP had been stolen by overseas competitors based in India and China. The thieves then sold their cheap imitation baskets in Marlin’s home state of Maryland.

The IP in question? Our custom steel wire basket designs.

This case of theft was relatively cut and dry, as not only were the thieves directly copying existing Marlin Steel designs and making cheap knock-offs, they were ripping the images for these designs off of the Marlin Steel website to re-post on their own websites.

Eventually, Marlin Steel was able to bring this case to the attention of Maryland’s Attorney General with the help of NAJI, and got the thieves to not only stop selling their knock-off baskets in Maryland, but to pull the stolen images off of their site as well.

IP theft harms everyone. It allows thieves to undercut the true industry innovators, since the thieves don’t have to cover the cost of developing the IP in the first place. Customers are caused harm by being tricked into buying second-rate knock-offs of products that may not meet the production standards of the real thing. American workers are hurt by the reduction in work opportunities that occurs when honest businesses are forced to close their doors because they cannot compete with the foreign competitors who steal their IP.

Learn more about how you can fight IP theft today on the NAJI website!