Manufacturing and the Opportunity Cost of Excess Regulation

Andy Ratner on August 9, 2013
From Drew Greenblatt's latest column on Inc.com about the cost of regulation: 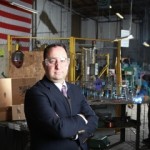 When I testified before Congress last winter about the impact of regulatory excess on business, a Congressman posed this question: Don’t the total benefits of environmental regulation offset their cost? After all, the Office of Management and Budget has estimated the regulatory benefits exceed the costs by as much as 16 to 1. Other estimates have found even higher benefit-to-cost ratios, he said.

But the analysis omits one major question: How do you calculate the opportunity cost of thousands of small businesses like mine whose employees are focusing on regulatory paperwork and agency communications instead of serving and finding customers? I’m not sure how those costs are being measured. Is it by the amount of federal employee time and resources put into the effort? Or by the amount of time my employees are filling out forms? (By the way, according to that study that the congressman referenced, the benefits of EVERY agency’s rules outweighed the costs. And the more rules an agency had, the greater the benefits over the costs. Who knew?) 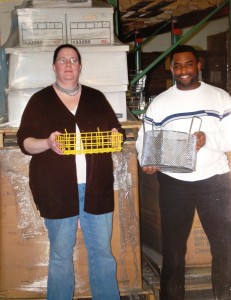 My company’s success relies partly on our ability to reach the 95 percent of consumers who live outside the U.S. But unnecessary paperwork impedes that mission. While we need only three minutes to fill out the requisite form when we ship to Canada or Mexico, it takes us 20 minutes per form when shipping to a non-NAFTA country. If that happened on rare occasion, no big deal, but multiply that step hundreds of times a year and it becomes a mountain. A few years ago, we took a photograph of two Marlin Steel employees standing beside the cartons that held our files to respond to government regulations. The stack was three feet taller than they were--and would be even higher today.

Perhaps government should take a lesson from manufacturing, which has been pushed to remake itself with technology to become more efficient. Cheap labor abroad made it impossible to compete in ways that were successful decades ago. There must be ways to assess environmental impact--the true objective-- that are less paperwork-intensive and more effective.

Motivation to streamline regulation seems lacking. Government doesn’t have to worry about a developing nation offering a cheaper alternative, or benchmarking against the competition. As for the argument that leaner, more technological approaches would cost federal jobs, my response would be that’s not the purpose of regulation. I’m reminded of a story about a visitor to India who was touring a canal project. When he asked why workers were digging with shovels instead of heavier equipment available, he was informed that wouldn’t create as many jobs. “Why don’t you give them spoons then?” was his reply.

A few years ago, I went on a trip to China accompanying the governor of Maryland on a trade mission. The smog in Shanghai was disgusting. The Yangtze River is several hundred meters across, about as wide as the Inner Harbor in Baltimore, but you couldn’t see across it. That’s not my goal, of course. I like the Chesapeake Bay in my home state; I want to eat the crabs that come from there. But I believe it’s a fallacy to say we can only protect our environment with a system that’s complex, time-consuming, and opaque. There needs to be a much greater pursuit of more innovative solutions.