Marlin Steel in the New York Times—Fighting Poverty with Manufacturing

America has a long, proud history of being a leading producer of goods. Manufacturing products is a part of the very soul of this country. Manufacturers of all sizes created jobs that kept millions of people with only a high school education in good homes while supporting families.

However, in recent decades, the manufacturing industry has fallen off significantly. Jobs for creating the goods that we all use have been shipped overseas, and local plants in major city centers have closed their doors.

This is the backdrop to the start of the New York Times’ latest article about Marlin Steel. In the article, reporter Nelson D. Schwartz recounts the personal history of James Branch, one of Marlin’s skilled machine operators.

As seen in the article, the lack of good work after dropping out of high school left James without many options. After a troubled past, he ended up in prison—but he took that opportunity to get his GED and helped others do the same. He also continued his education to learn metalworking while holding down a job at Popeyes.

This eventually led to James taking a job at Marlin, which, as he told the NY Times, “changed my life… I went from minimum wage at Popeyes to making almost 70K a year. They’re proud of me in my old neighborhood. They say I made it out.”

James is a hardworking guy with smarts, dedication and talent to spare—all he needed was the opportunity to put his talents to use at a job where he could earn a decent enough a living to support his family.

Rebuilding America’s Middle Class One Job at a Time 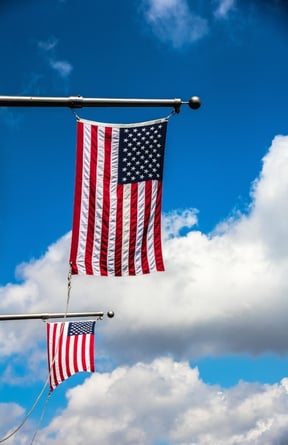 James’ story is but one example of the effect of urban decline following the loss of manufacturing jobs. There are plenty of other stories of what happens when businesses have to close their doors—just ask John Brooks of Westport.

In the article, Mr. Brooks talks about how “there used to be plenty of factories here. You didn’t even need a high school diploma to work at Bethlehem Steel.” However, Bethlehem Steel, and many other manufacturers, have long since had to close their doors—leaving few opportunities for working-class Americans.

Small manufacturers like Marlin Steel might not employ huge numbers of people; but the jobs Marlin provides provide more than just minimum wage. As noted in the article, “fast food, a mainstay for Americans with a high school diploma or less, has a median hourly wage of $9.11.” Compare that to the $26 an hour that factory workers earn on average, and you can see how much more valuable an opportunity that is for American workers.

The Challenges Faced by Small Manufacturers

While the manufacturing sector represents a tremendous opportunity for shoring up the American middle class with stable, high-paying jobs, manufacturers face enormous challenges.

American manufacturing companies face some of the strictest regulation and red tape of anyone. In too many cases, there are overly-redundant standards and paperwork to deal with. And, by the time manufacturers are done with one pile of red tape, there’s a new standard to create a process for.

Sifting through every single regulation for becoming a manufacturer in some states would require a small army of skilled and experienced lawyers—an asset most small businesses can’t afford.

There’s also the constant threat of unfair competition from foreign, government-subsidized companies. Marlin Steel was once brought to the brink of extinction by Chinese competitors who, thanks to their subsidized status, could sell bagel baskets for less than the cost of the steel needed to make them. Other foreign competitors may outright steal intellectual property belonging to an American manufacturer to flood markets with a cheaper knock-off.

To overcome these challenges, manufacturers need to be able to leverage proprietary IPs, meet higher quality standards, receive legal protections to ensure a level playing field with foreign competitors, and have some of their regulatory burdens lightened or at least simplified so it doesn’t take a battalion of lawyers a week to sort through every regulatory document’s implications.

For too many Americans, dead-end, minimum-wage jobs are all that’s available because of where they started—small business manufacturers can help to change this by creating real career opportunities in city centers where people live.

Join the Manufacturing Revolution, and help make the American dream something everyone can achieve.