The Nuts and Bolts on How Robots Create Jobs 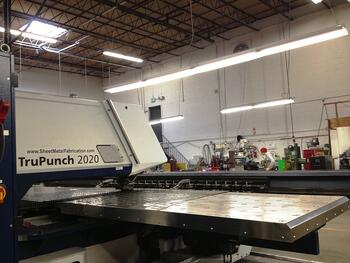 Roughly 700,000 to 1 million new jobs will be created worldwide in the next five
years, according to a report on the link between job creation and automation from the International Federation of Robotics. It was published in PACE (Process and Control Engineering), the journal of the Australia-based Institute of Instrumentation Control and Automation (IICA). The analysis by Metra Martech, a London-based market research firm, estimated direct employment at 2 million to 3 million jobs, which equates to 2 or 3 jobs per robot with roughly 1 million industrial robots in operation worldwide. It estimated indirect employment at twice that number.

"The model company is no longer a large entity such as GM, Chrysler, or Ford but small and medium sized enterprises . The need in such an economy is far more dependent on higher degrees of adaptation, ease of use, and other factors that enable small runs of made-to-order products," the report said. "Robotics technology has historically been defined by the automotive sector and driven by price and the need to automate specific tasks particular to large volume manufacturing. The new economy is much less focused on mass manufacturing, however, and more concentrated on producing customized products."

The PACE article, which described the findings to an international audience, mentioned the successes at Marlin Steel, which has invested more than $3 million in automation in recent years at the same time it has added employees and set revenue records. This was Marlin Steel President Drew Greenblatt in the article describing the company's trajectory from the late 1990s when its workers earned $6 an hour and shaped steel wire by hand at the rate of 300 bends an hour.

"It was a boring job and an unsafe job, with a low level of quality," said Greenblatt. "Now our employees are paid $25 to $30/hour including bonuses, overtime and great benefits. Each employee oversees four robots that produce 20,000 CNC bends in an hour and the quality has sky rocketed. Last year was our most successful one as a business, exporting to more than 30 countries. We've increased our workforce by more than a quarter. Thanks to the robots, jobs at Marlin are both interesting and safe." 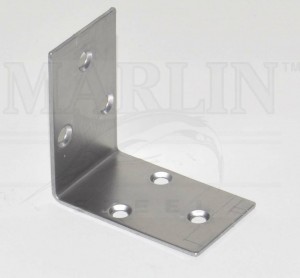 Marlin Steel is producing sheet metal brackets for a large Midwest company. They were previously made in China. Marlin won the job because its sheet metal punch produces the brackets 40X faster and at consistently higher quality than the foreign low-cost labor.

Interestingly, the study graded the metal working industry that includes Marlin as "slow to change" overall in adopting robotics. It foresaw "rapid design and technology changes" in the electrical and electronics industry. The study said the actual production of robots themselves created about 150,000 jobs worldwide -- not a big number, but up from zero 30 years ago. It also estimated the creation of twice that many jobs, 300,000, for the technicians who integrate and keep those machines running, like the skilled machinists at Marlin Steel.