The NY Times Features Marlin Steel Twice in one Day! 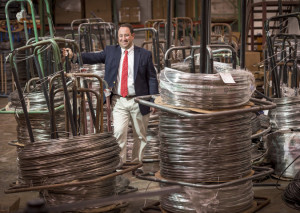 Shortly after the release of their last interview with Marlin Steel President Drew Greenblatt, The New York Times decided that they just couldn’t get enough of us! After completing that first interview, which you can read here, Times writer John Grossman asked some follow-up questions to know more about our company and where Drew’s inspiration comes from.

The newspaper was left with so much extra information that instead of rolling it all into a single post, they decided to create a second feature article about our company. In this second post, Drew talks about where he learned the safety practices that have seen Marlin through several years of accident-free operation, how he dealt with the challenges of selling products overseas, and more. Read the complete second article to learn more.