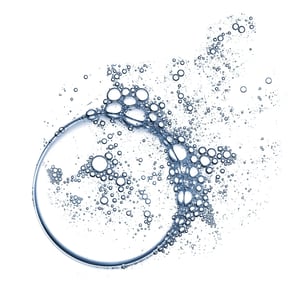 Many ultrasonic cleaning processes only require very mild solvent baths to enhance the effectiveness of the cavitation process and stripping particulate matter from parts. For other processes, however, manufacturers may need to employ powerful surfactants to ensure that parts meet surface condition requirements.

However, the combination of harsh chemicals and strong vibrations can have a significant effect on the ultrasonic cleaning baskets used to hold parts through the cleaning process. If the materials used in the basket or the construction aren’t right, then the basket will quickly start to fall apart after just a few uses.

The longer and hotter the process runs, the more damage a highly acidic solution will do to the basket.

Recently, Marlin was contacted by a manufacturer about creating ultrasonic part washing baskets for a set of 0.02” diameter tubing pieces, approximately 5-6” long. The challenge in this situation was that the parts were going to be put through a process using an extremely acidic solution at 140°F for up to five hours at a time.

The client’s initial design documents for the basket called for the tubes to be held at an angle. This design feature was an unusual touch, but also one that would help improve cleaning performance by creating an easy path for runoff to follow as the baskets were removed from the chemical bath.

If the parts were laid flat, then runoff could gather on the underside, leaving residue as it dries. By putting the tube at an angle, any runoff would be channeled to one end of the tube, reducing the opportunities for residue to stick.

This improves the cleaning process for these tubes, ensuring extra process efficiency. To make the most of this improvement, Marlin’s engineers needed to make sure that the basket itself wouldn’t retain runoff by using small, rounded wires and keeping the space between each wire as wide as possible—without allowing the small tubes being held to fall through.

The Problem of Resisting Acids for Hours at a Time

The client’s cleaning process would employ a solution of Oakite 31, a phosphoric acid solution mixed with surfactants with a pH value between 1 and 1.5. This solution would be diluted at a ratio of 1/5 Oakite and 4/5 deionized (DI) water.

Each ultrasonic parts washing cycle would last up to five hours to ensure that no surface contaminants could possibly remain on the tiny tubes being cleaned.

Furthermore, each tube needed to be held precisely in place so that there wouldn’t be part to part (or even part-to-basket) contact that could interfere with the ultrasonic cavitation process, and the ability to strip contaminants from the tubes.

The tiny size of the tubes posed another challenge. Any wire mesh used in the basket would have to be extraordinarily tightly spaced (about 0.015” or less apart) to keep the tubes from simply sliding out of the basket during the cleaning process. However, such tight spacing would interfere with the ultrasonic cavitation process unless the wires were made to be incredibly thin.

There was just one problem with using thinner metal wires: thinner wires would be less resilient to the forces involved in an ultrasonic cleaning process—especially when considering the highly acidic nature of the solvent being used, the operating temperature, and the length of time the wash process was expected to last.

Choosing a Basket Material for the Application

As the wires had to be very small and fine to keep the tubes from falling out (and to avoid interfering with the ultrasound vibrations), it was decided that grade 316 SS would be the best material to use for this application.

Using the costlier grade 316 SS would extend the useful life of the baskets by years, making their total cost of ownership much less than baskets made from less chemically resistant materials.

This is just one of the many custom ultrasonic cleaning basket designs that Marlin has been tasked with making over the years. Find out more about how Marlin Steel achieves Quality, Engineered Quick® for manufacturers the world over today!