What would curb IP theft better: Name and Shame -- or Hit Them In The Wallet? 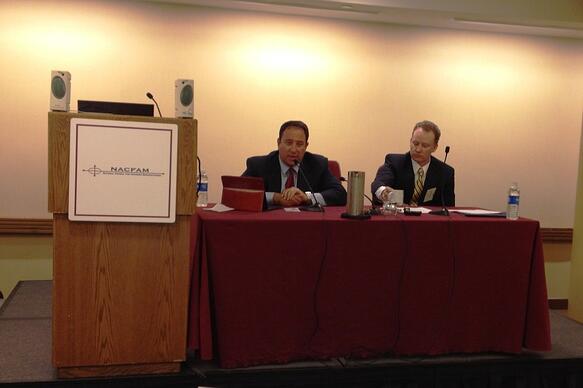 Intellectual property theft hits manufacturing particularly hard so it was a big topic of interest at the annual policy meeting of the National Council for Advanced Manufacturing in Crystal City, Va. yesterday. Operators in China, India and elsewhere copy U.S. manufacturing designs to attempt to sell as their own or pirate software to operate equipment that costs U.S. manufacturers tens of thousands of dollars or more. The IP theft creates an unfair competitive advantage.

Mark Webber, director of International Trade Policy for Lockheed Martin Corp., described the U.S. government policy of occasionally publicly identifying suspected IP thieves and their host countries as "name and shame." Participants at the NACFAM meeting, however, questioned the efficacy of that tactic. 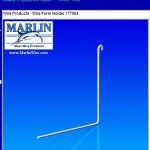 Drew Greenblatt, president of Marlin Steel, said a more effective policy would be "hit them in the wallet." Companies that can be shown to be using designs they pilfered on their website should be barred from sending their products to market in the U.S.

"I'm not talking about starting a trade war," he said. "But the offending companies shouldn't come through our customs."Marlin Steel has found numerous examples of operators, especially in China and India, cutting images of material handling containers made by Marlin and pasting them on their website to attract orders for their own production. Sometimes, the copycats are brazen enough to leave the Marlin part number showing when they clip the image -- or even the Marlin fish logo, Greenblatt told the conferees.

Greenblatt suggested doubling the number of examiners in the U.S. patent office to reduce the backlog to get patent protection for intellectual property. The number of patent applications filed rose 60 percent during the past decade, from about 334,000 in 2002 to 543,000 in 2012.

"Our government has to protect us," he said. "In the U.S., we have the best intellectual property rights in the world. Other countries don't have the same protections."

The issue resonates in manufacturing. The sector makes up 10 percent of the employment base in the U.S. but constitutes 70 percent of all the private investment in research and development in the U.S. and employs half of all the workers involved in R&D activity, said Michael Molnar, chief manufacturing officer of the National Institute of Standards and Technology (NIST), who also spoke to the conference gathering.