"60 Minutes" Story on Robots: A Malfunction 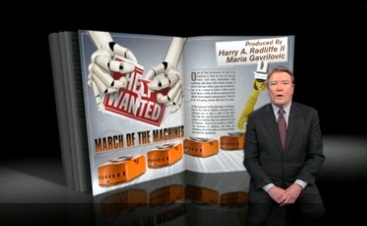 The bias in CBS' "60 Minutes" segment on robots Sunday night was evident from the opening illustration of robot fingers shredding a “HELP WANTED” sign, in case you wondered if there were two sides. Steve Kroft's piece portrayed the false notion that without automation, all those robots performing tedious tasks around the clock would be replaced by American workers. As the piece noted, the robots are more apt to threaten the low-wage, repetitive-type jobs that built China into an industrial power. The choice for the future of American manufacturing isn't no robots = more jobs. It's more like more robots = more opportunities to win orders which will create more USA jobs. The brighter future involves embracing automation with workers given opportunities to operate and interface with robots.Today's press release in response to the "60 Minutes" story from the Association for Advancing Automation (A3) in Michigan was on point.