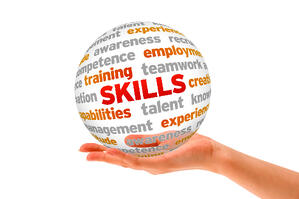 In the manufacturing industry, having an engaged workforce can mean the difference between completing jobs efficiently and failing to meet production goals. However, keeping workers engaged at work has proven to be an enormous challenge for American companies.

How big of a challenge is employee engagement? According a survey by Gallup conducted over 2010-2012, “only 30% of American workers were engaged, or involved in, enthusiastic about, and committed to their workplace.” That’s right, less than one in three American workers are engaged at work according to Gallup’s survey results.

So, how can American manufacturers ensure that their workers are motivated at work?

A while back, the Hitachi Foundation featured Marlin Steel’s atypical answer to this most pressing of questions: cross-training employees.

One of the obstacles to employee engagement, especially in manufacturing jobs, is that doing the same thing over and over again gets tedious over time. It doesn’t matter how fun a given job is initially, because over time, what was once a “fun” task becomes routine. Once a task becomes routine, it’s not far off from becoming dull and uninteresting.

Cross-training employees helps to prevent tasks from becoming dull and tedious by allowing you to shift employees from one task to another from time to time.

In short, no one is left without work to do, and thus wonder if they’ll have a job come next Monday, and you get to leverage the talents and skills of highly trained, productive, and engaged employees.

Why Cross-Training is better than Hiring Temps

One question that you might have is “Why not just hire temps for work tasks during crunch times?” Lots of companies do this on the assumption that hiring more cheap labor to cover crunch time needs is more cost-effective than going to the expense of having a few better-paid full time workers who can switch between tasks.

However, there are a few problems with this assumption, including:

While the cost of temp labor is usually lower than hiring and cross training long-term employees, the lost productivity from trying to train such employees on the job, the lack of reasons for such workers to engage with their work, and the higher rate of on the job injuries among temp can end up costing you far more than you save.

How to Encourage Cross-Training amongst Employees

Once you’ve made the decision to ensure that you have the most capable, flexible workforce possible by cross-training your employees, you have to find ways to actually put that cross-training plan into motion.

There are several steps to doing this successfully:

For any manufacturer, even one that has invested heavily in automation, there is still a need to have driven, dedicated people working the front lines to make sure that productivity is maximized and the business remains successful. Learn more about how Marlin Steel drives employee engagement in manufacturing today!