Manufacturing Jobs: Cool in the US, but getting cold in China? 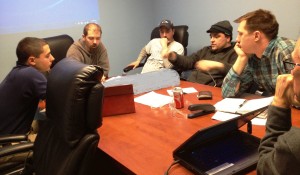 Back in January of 2013, there were two articles that created a stark contrast between the state of manufacturing in the United States of America versus China.

One article by the Brookings Institute in Washington titled “Is Manufacturing ‘Cool’ Again?” provided a positive view of the potential draw of manufacturing jobs in the USA, and beyond. This article stated that “global manufacturing has the potential to stage a renaissance and once again become a career of choice for the most talented.”

Although the manufacturing industry might not create the kind of mass employment it did in ages past, it does have the potential to create higher-quality jobs than before. As explained in the Brookings Institute article, “there will be more demand for software programmers, engineers, designer, robotics experts, data analytics specialists, and myriad other professional and service-type positions.”

These positions are higher-paying positions that provide a living wage for workers to support themselves and their families.

This led to one of the first net increases in manufacturing jobs in years.

Now, the Bad News (for China)

The other article was from the New York Times. Titled “Chinese Graduates Say No Thanks to Factory Jobs,” the article dug into conditions that are contributing to a shortage of qualified applicants for manufacturing jobs in China.

According to the article, China is “churning out millions of graduates with few marketable skills… part of the problem seems to be a proliferation of fairly narrow majors – Mr. Wang has a three-year associate degree in the design of offices and trade show booths.”

Not only are these graduate degrees often less than perfectly compatible with manufacturing work, there is a sense that manual labor is beneath a college graduate. Unfortunately, this attitude isn’t unique to Chinese graduates, as the manufacturing industry is still working to overcome stereotypes based on practices from near the start of the industrial revolution.

In China, however, there’s an extra reason for not wanting to take a manufacturing job: pay. According to the Times article, Hongyuan Furniture “offers newcomers 2,500 renminbi a month, about $395, before overtime.” In the past, a part of that income would go towards the foreman as an “apprenticeship fee.” Even though workers no longer have to “hand over part of their wages to the foreman,” the stigma of low pay and tributes sticks.

Compare this to the pay that a computer science major once could collect in 2000. According to the article, “the prevailing wage at top companies for fresh graduates with computer science degrees was about $725 a month in Shenzen.” While that pay has fallen in recent years to “$550 a month,” largely because of an influx of new computer science grads making it easier for companies to take their pick of the litter, such jobs are still more desirable to Chinese youths than labor-intensive manufacturing jobs.

Two Years Later, Where Are We Now?

It’s been a couple of years since these articles were originally written, and we first commented on them. In that time, the manufacturing industry in both the U.S. and China has continued to change. So, where are we now?

As mentioned earlier, the U.S. saw one of its first net increases to total employment in the manufacturing sector last year. According to a report cited by  marketwatch.com, “Sixty thousand manufacturing Jobs were added in the U.S. in 2014… In contrast, as many as 50,000 jobs were ‘offshored’ last year.” Overall, this is a net increase of 10,000 jobs.

Also, the recent shale gas boom has proven to be an enormous boon to U.S. manufacturers, as it has driven down one of the largest operating costs modern manufacturing companies have outside of payroll.

However, America still faces a looming skills shortage for the manufacturing industry as a whole when the baby boomers currently holding the skilled positions in American manufacturing companies start retiring en masse. The number of new college grads with the right skills to fill positions on a modern production line are still short of what’s needed to fill the vacant job slots across the country.

In China, the cost of labor has been on the rise in recent years, eliminating one of the country’s biggest advantages in the eyes of companies looking to cut costs and remain competitive. This has led many companies to reshore some of their production capacity back to the U.S.

With the cost of doing business being so close between America and China, we may see more companies simply moving their production capacity to the country that will provide the fastest, most flexible shipping to their consumers.