Marlin Rising Up and Finding a New Direction on ABC News! 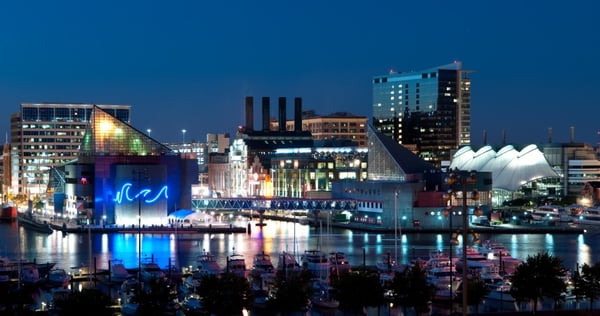 From Bagels to Boeing

Originally founded in 1968 in Brooklyn, NY, Marlin Steel was a small manufacturer of custom, hand-made wire forms. Over time, the popularity of bagels saw a surge in the industry, and Marlin rose with the commensurate rise in demand for cheap bagel baskets.

By 1998, the year wherein current Marlin CEO Drew Greenblatt bought the company and moved it to Baltimore, MD, Marlin had become known as the “King of the Bagel Baskets.” Just a few years later, though, the Atkins diet caused the bagel market to come crashing down. The demand for bagel baskets, once as insatiable as the public’s appetite for the carb-rich snack, evaporated overnight. To make matters worse, Chinese companies subsidized by their government started selling cheap baskets on the market for less than the cost of the steel needed to make them.

One problem was that bagel shops didn’t really need much in the way of quality. As Drew told Cassie Carlisle and the ABC News crew in their Made in Maryland segment, “They don’t own a tape measure, a bagel retail shop. So, what they consider good is if the bagel doesn’t fall out—that’s a success.” So, it didn’t matter if the competitor product was cheaply-made—and the government-backed Chinese competitors could afford to undercut any offer Marlin could make.

Marlin needed a new focus—an industry where cost was not the deciding factor.

Then came the call from a Boeing engineer that changed everything.

The engineer needed precision-engineered custom basket for ultra-delicate aerospace parts. A commodity basket with parts tolerances simply would not do. As Drew pointed out in his interview, “When you’re selling to Boeing, you have to be plus or minus .28 inches.” Marlin Steel had a new customer in a new industry—one that spurred a new focus on Quality, Engineered Quick®.

The differences between handcrafting wire baskets meant for bagel shops and the ultra-precise requirements of companies like Boeing did cause some growing pains for Marlin. There were failed prototypes and extra costs from integrating the new equipment and procedures necessary to meet client demands. But, Marlin recovered, and in a big way.

Since he first purchased the company in 1998, Drew has helped Marlin Steel grow eightfold.

What Manufacturing Means to People

However, the thing that makes Drew the proudest isn’t the way that the company has grown; it’s the way that this growth has helped all of the people working at Marlin grow.

In the interview, Drew talked about Hector Carmona, one of Marlin’s most seasoned employees:

By growing Marlin Steel, by changing the focus from “cheap” to “high-quality delivered quickly” using a combination of factory automation and highly-skilled engineers, Drew Greenblatt was able to help the people at his factory rise up from near-poverty to the middle class. This is an opportunity that many modern manufacturing companies provide for their employees—especially those who export their products.

You can check out the full story on the ABC WMAR Baltimore News website. For more information about Marlin Steel and manufacturing, check out our blog!