Marlin Steel Testifies before the House Committee on Education & the Workforce 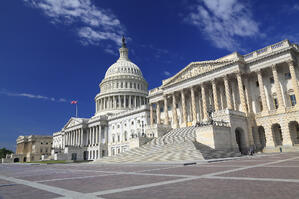 Today, the economic outlook of the country is becoming more positive. Small business owners are more confident in the American economy now than they have been in years. They’re adding new equipment, gearing up for larger demand of their goods and services, and looking to employ more American workers, bringing jobs back to our shores from overseas.

However, to do this, we need to make America the place to set up shop for manufacturers and other businesses. This monumental task will take hard work and the cooperation of our nation’s leaders, which is why many members of the National Association of Manufacturers (NAM) are working to bring important economic and regulatory issues to the attention of the members of Congress.

Among these hard-working advocates for the success of the American economy is Marlin Steel’s own CEO, Drew Greenblatt. In fact, Greenblatt is testifying before the House Committee on Education and the Workforce today, February 4, 2015 to present arguments for streamlining regulatory bodies and standards to make compliance less burdensome to employers.

Important Statistics from the Testimony

Manufacturing is a big concern for the success of the U.S. economy. However, convincing Congress of the need to rethink current policies governing American manufacturers will take more than an impassioned argument, it will take solid, verifiable facts.

Some of the statistical highlights from the testimony include:

While not the only statistics in the testimony, these statistics do make for compelling arguments for revising many policies that affect manufacturers and small businesses to make them even more competitive on the global market.

For example, the sheer number of jobs supported by U.S. manufacturers is a compelling reason to help make certain that American manufacturing continues to be successful: if manufacturers fall through, the jobs they support may go with them.

Also, the potential for a shortfall in qualified applicants for manufacturing jobs points to a need to find ways to make technical training more accessible to Americans, lessening the financial burdens on middle class Americans to go to college to get the skills that they need to succeed in a skills-intensive workplace. Here, improving immigration policies so that skilled workers have an easier time gaining full U.S. citizenship can be another way to address the loss of skilled workers who are nearing retirement age.

Help Forge the Future of Manufacturing and the U.S. Economy

While we are currently experiencing a new renaissance in American manufacturing, it is up to each and every one of us to do our best to keep this positive trend going. When policy makers create restrictive regulations that strangle the ability of employers to do business and add new jobs, everyone suffers.

The employers suffer as they lose profitability and have to find ways to cut costs. The employees suffer as their future employment prospects become uncertain in the face of tightening budgets and lost business. Consumers suffer as their goods get more and more expensive to adjust for the rising costs of keeping up with regulations and standards.

By working together with organizations such as the NAM to convince politicians on Capitol Hill of the need for business-friendly initiatives, manufacturers and small business owners can make a difference and protect not only themselves, but their workers and even customers from outdated or overly-aggressive policies with unintended effects on the ability of companies to do business.

Learn more about the issues facing small business owners and manufacturers by checking out the full testimony document here.