The comeback of U.S. manufacturing was much on the minds of people at the annual convention in Baltimore today of the Society of Manufacturing Engineers. Among several incisive presentations, we were struck by data from Robert W. Ivester, deputy director of the Advanced Manufacturing Office of the U.S. Department Of Energy.

He displayed a slide that showed the U.S. enjoyed a trade surplus of $30 billion on advanced technology manufactured products shipped around the world near the end of the 1990s. About 18 million Americans were employed in manufacturing at the peak then. The trade curve started to turn down in 1999, but industry thought-leaders weren't worried at first: (Isn't that always the case?) Developing countries were just picking off the low-wage, dirty, dangerous jobs we didn't want anyway, the wisdom went. But within several years, that rationalization became less comforting. The U.S. trade deficit in tech products continued to grow and American manufacturing jobs continued to fall, down to 12 million. There's more recognition now of the need to focus and invest in manufacturing and advanced technologies such as 3D printing; the complacency proved ill-founded, he said.

Dr. Ivester also made an intriguing point that the sector is much broader than the heavy goods such as automobiles and appliances that define "manufacturing" for many people. Nearly half of the sector includes "non-durable goods" that last less than three years, such as "processed foods," he pointed out. The top five manufacturers in Greater Baltimore reflect the breadth of the industry: Northrup Grumman, Lockheed Martin, RG Steel, McCormick & Co., and Under Armour.

We look forward to hosting some of the SME conventioneers tomorrow on a tour of Marlin Steel. Other tour sites include NASA Goddard Space Flight Center, Domino Sugar and Ellicott Dredges. We hope the association has enjoyed a productive event here in Baltimore. 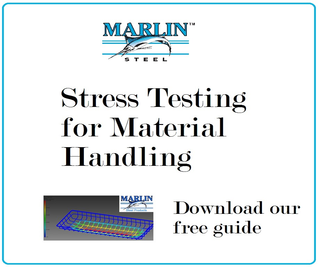