How to Minimize Material Waste in Milling Operations 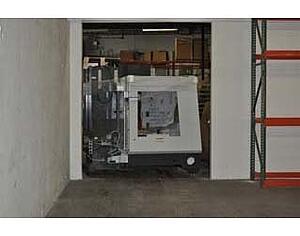 Minimizing material waste in any manufacturing process is key to ensuring efficiency and profitability. Milling, in particular, can produce a lot of metal swarf (chips/debris), especially if the milling process isn’t well-optimized.

One of the first ways to minimize waste production from milling operations is to collect and recycle the metal chips/debris produced by the milling process. In most manufacturing centers, this is done via a third party.

However, some companies have already begun using specialized equipment to recycle and reuse metal swarf internally. An article featured on The Engineer highlights how Honda and BAE Systems are using the recycling equipment internally. The benefit, according to the article is that “By processing the swarf as soon as it comes off the machines rather than sending it away to another company, companies can maximise their potential revenue.”

Internalizing the recycling process this way allows manufacturers to avoid the cost of sending their scrap to a second company. Naturally, this method might not be effective for every manufacturer, especially those that deal with multiple different metal alloys, but it could be well worth investigating for some.

One of the ways in which metal shavings are produced in excess is when parts have to be constantly reworked to meet a set production tolerance. If a part is milled too much, it may need to be thrown out, and a new part milled in its place. This not only produces twice as much (or more) swarf, it can delay production.

Increasing the consistency of the processes manufacturers use to mill parts can dramatically reduce scrap production and even help keep prevent production delays caused by excessive parts remanufacturing.

One way that Marlin Steel ensures process consistency for its milling operations is by using factory automation. Robotic manufacturing tools can maintain incredible consistency from part to part, minimizing the need for reworks to almost nothing so long as the right parameters have been programmed into the machines.

This, in turn, reduces swarf from milling considerably.

The process of prototyping a part to see if it can withstand the rigors of whatever process it will be used for is an old standby for many manufacturers. However, creating a physical prototype for any part requires much work to mill and tool—producing waste.

If the first prototype doesn’t work, then the design has to be reworked, the production line retooled, and many new parts and tools will have to be machined all over again. Naturally, this can produce a lot of metal scrap.

Eliminating physical prototypes would save manufacturers a lot of time, energy, and resources—not to mention prevent the production of swarf that would be incidental to the prototype manufacturing process.

Marlin Steel was able to reduce its own reliance on prototyping by utilizing advanced physics modeling software to simulate the stresses of different production environments on stainless steel baskets. In these simulations, it was possible to simulate years of use in just a few minutes and if the basket would fail, a report showing the cause of the failure would be generated.

This made it possible for Marlin’s engineers to identify potential issues and correct them without ever having to commit a single inch of wire to the manufacturing process.

These are just a few of the potential ways that manufacturers could reduce their metal scrap production in their milling processes. For more manufacturing efficiency resources and industry news, subscribe to the Marlin Steel blog!