How the Economics of Global Manufacturing are Shifting

For many years, many manufacturers have operated on several economic “truths,” including:

At some point and time, each of these “truths” may have had some basis in fact. However, recent economic developments and revelations have shown the above list to be largely false.

How have global economics shifted in recent years, and what does it mean for American manufacturers?

Here are a few developments that are affecting the American manufacturing industry:

The Labor Wage Gap is Shrinking

One of the major factors that led to manufacturers moving their production capacity overseas was the belief that it would be cheaper to make products in developing nations. This was largely based on the difference in the cost of labor in America versus China, Taiwan, and other developing nations.

However, the offshoring trend started decades ago, and things have changed.

For example, the cost of labor in countries such as China and Mexico is on the rise. As reported in a CNBC article, “China—a low-cost maker of goods—is falling behind in the global manufacturing race as rising wages and energy costs put pressure on the Asian country.”

The shrinking wage gap between Chinese and American workers is destroying one of the major cost advantages once held by China. This, in turn, is making the placement of manufacturing capacity in China a less appealing option compared to putting that production closer to your target market.

Many other foreign countries are also experiencing increases in their minimum wage as they develop.

Energy Costs are Down in the U.S., Up in Key Overseas Markets

Another major change in global manufacturing economics is the cost of energy in different markets. Thanks to the shale gas boom, energy costs for manufacturers operating in America are down as cheap natural gas is made available.

However, energy costs in other markets are actually on the rise.

Energy is one of the largest expenditures that a manufacturer has to face after materials and labor.

American workers are among the most productive workers in the world. Why so?

According to an article by MIT senior lecturer Thomas Roemer in an article featured on Forbes.com, “a worker in the U.S. is associated with 10 to 12 times the output of a Chinese worker” because of “the superior infrastructure of the United States, with its higher investments in automation, information technology, transportation networks, education, and so on.”

In short, America has spent more resources on developing technologies and infrastructure that improve per capita productivity, and American manufacturers are reaping the benefits of that. Manufacturing automation has been a particularly large part of increasing the productivity of the average American worker.

For example, here at Marlin Steel, employees frequently use automated equipment to perform tasks such as bending thick steel wire. With manual labor, bending steel wire is slow and inexact work, leading to low production volumes and frequent part rejections. Robotic wire bending machines can not only bend wires much faster than a human, they can do so while consistently meeting precise angle and length requirements, meaning less wasted material.

However, to make the most out of their production equipment, U.S. manufacturers need to invest in training for their employees. The right training gives workers the tools and knowledge to better optimize production processes.

Combined with the shrinking wage gap between American and Chinese workers, the productivity of the American worker makes putting production capacity in the U.S. a much more attractive option.

The U.S. President Has an Updated Trade Promotion Authority

With this upgraded authority to negotiate and close trade deals with foreign powers, the President can more actively promote trade agreements with foreign countries that will make these new markets more accessible to American manufacturers by removing obstacles such as unfair trade practices that allow IP thieves to continue operating unhindered.

As stated on the whitehouse.gov website, the Level the Playing Field Act that was passed along with the TPA will: “protect our industry by closing loopholes and strengthening the Administration’s ability to respond to foreign companies that try to undercut our domestic production” and “enhance tools we use to assess and help prevent injury to American companies that are hurt by unfair trading practices.”

The TPA will help to remove some of the obstacles to companies that are looking to start exporting their goods overseas to expand their markets.

Overall, there are many changes in the global manufacturing economy of late, and just as many signs that the American manufacturing renaissance is really here. 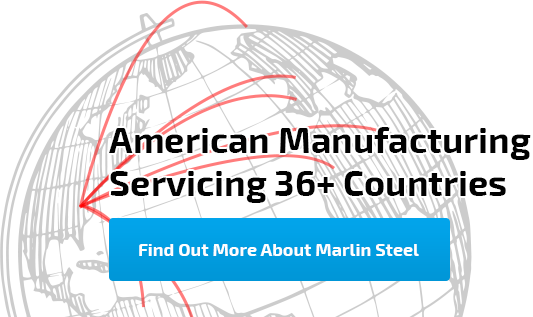